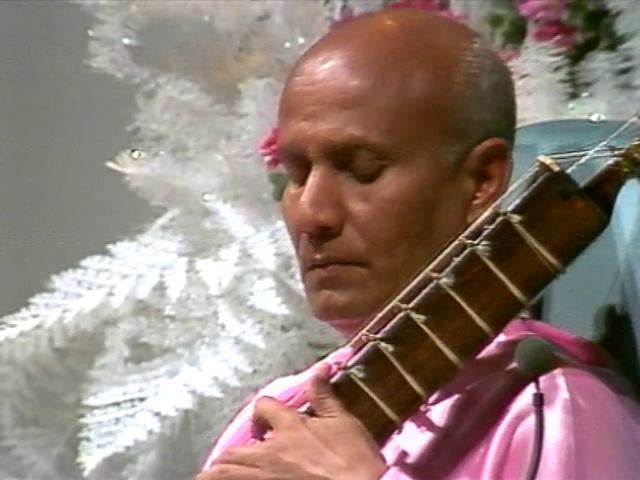 On March 31, 1985, the spiritual master Sri Chinmoy (1931-2007) gave his a major peace concert in the Zurich Hallenstadion, which usually only hosts major sporting events, musicals or pop concerts. Sri Chinmoy transformed the hall into a vessel of spiritual manifestation. Around 6000 seekers from all over Europe attended the performance, which lasted more than three hours. Sri Chinmoy often meditated between the various instruments, as was common in early concerts. This is a historical document that is particularly inspiring for Zurich residents. The recordings were made with three professional cameras and were mixed together live. Duration of the video: 2:07 h. Enjoy! kedarvideo has released 108 DVD’s documenting the life of Sri Chinmoy over a period of... »
Read More
When Sri Chinmoy (1931-2007) visited Switzerland in the year 2002, his disciples could recite some... »
Play video
ONENESS-DREAM is a male voice a cappella singing group whose members follow the spiritual teachings... »
Read More
Listen to meditative and spiritual music by Sri Chinmoy and his students on: Radio Sri... »
Read More